Catholic, Come Whatever May

CATHOLIC COME WHATEVER MAY

Not only big in that there are over one billion Catholics spread across the continents, but also in-that the Church is also beyond time.  Now, this does not mean that the pope can travel through time like Marty McFly from Back to the Future or John Connor in The Terminator; rather the phrase of the Church being “beyond time” references that the Church does not primarily concern Herself with the shifting political tides of the day.

A clarification before continuing:  of course the Church is concerned with the present, the here-and-now.  We must be helping the poor, we must do good works, and we must attend to a virtuous life and be active in receiving the sacraments.  The Church, in being “beyond time,” does not imply that the Holy Faith is unconcerned with real life.

Holy Mother Church is primarily interested in what is often called the Last Four Things:  death, judgement, Hell, and Heaven.  The reason that these are the primary concerns of the Church is that they cannot be avoided – absolutely none of us can avoid death and judgement and then ultimately one of the two H’s.  There is no matter of law, health care, social status, poverty prevention measure, improved social status, or any other achievement that can prevent death, judgement, and then either Hell or Heaven.

With that in mind, the Church does not endorse any country, politician or political party, or ideology.  The goal of the Holy Faith is that all might be saved (cf. First Saint Timothy 2:4).  Throughout history – most especially in the twentieth century – the Church has often been the referee in debates between countries.  The Church does not concern Herself with what nation is more or less powerful on the world stage but rather with what can be done to advance the freedom of people to be Christian, the freedom to be holy, and freedom to be charitable.

The Holy Faith is to be that for all of us.  Years ago, Pope Francis gave us this image:  the Faith is not to be only one ornament on your Christmas Tree.  Yet, all-too-often that is exactly what it becomes.  For many in the Church, the Faith is restricted to a small part of a larger whole of what we are.  Rather than the Holy Faith infusing everything that we are, many people in the Church will sooner identify themselves with a political party or political school of thought.  Similarly, many Christians will begin a self descriptive sentence with “I’m Catholic, but . . .” or suggest that “I will be Catholic as long as . . .”  These terms and conditions are the major concerns that Pope Francis was trying to address.  The Holy Faith must be influencing everything about us; the Holy Faith must have pride of place over even our own preferences and worldly outlook. 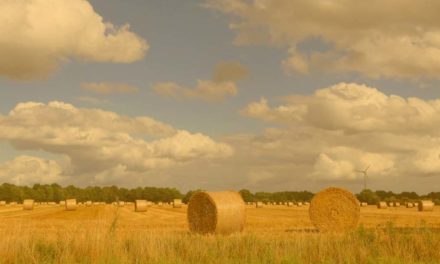 SCHOOLED IN THE HOLY FAITH

MAY THE PEACE OF THE LORD BE WITH YOU ALWAYS