Why Is The Season Called “Ordinary” Time?

WHY IS THE SEASON CALLED “ORDINARY” TIME?

In common parlance, we will use “ordinary” to reference a thing or occasion that is usual, normal, and unremarkable; we may say that it is “just another ‘ordinary’ day” (read:  boring).  For the Church, however, that id not how the term “ordinary” is used.  Please do not confuse this with trying to make an otherwise boring thing special; the Church is NOT trying to make us think that something boring is actually fun or that something normal is actually quite exceptional.

In describing this season of the year as “Ordinary Time,” Holy Mother Church is telling us that we need to work back up to our high standard of keeping the Holy Faith.

Here’s the two meanings of “ordinary” for the Church:

It is the second sense that gives us the name of the season of Ordinary Time.  For example, it is our standard that we fast from food and drink for at least and hour before we attend Mass (with the exceptions of medicine and water).  This is a standard toward-which we hold ourselves.  Also, we are to go to the Sacrament of Confession quickly if we commit any mortal sin and do not receive Eucharist until we have done so; this, again, is a standard to-which we hold ourselves.

Ordinary Time, between the seasons of Christmas and Lent as well as following the Easter Season until we return to the Season of Advent, is the time when we are to work hard on holding ourselves to all of our Christian standards.  We may have grown lax during the Christmas Season in our prayer – perhaps because of business or traveling to see family and friends.  We may forget to help others be better Christians during the Easter Season because we are preoccupied with Spring and all that comes with the gradual end of Winter.

Ordinary Time is not the Church saying “nothing to see here” or trying to make special an otherwise uneventful day.  Rather, the Church gives us thirty-four weeks of the calendar year for us to build up good Christian habits; this season of Ordinary Time is our chance to focus on making sure that we are indeed giving attention to being a model Christian for our own good and the good of others.  It will do us all well to focus on re-building our Christian habits and mentality now so that when Lent comes around in a few short weeks, we will be able to hit the ground running. 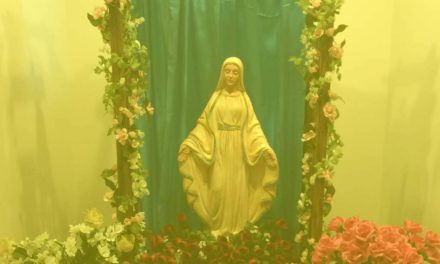