Friend, Speak Comfort To Me

FRIEND, SPEAK COMFORT TO ME

You may remember in “A Christmas Carol” by Charles Dickens, the character of Ebenezer Scrooge is told by his former business partner the ghost-character Jacob Marley that the deeds Scrooge has done will land him in eternal punishment.  Scrooge, both alarmed and frightened, says to his ghostly former business partner:  friend, speak comfort to me!  Jacob Marley insists that he is helping Scrooge by telling him the truth rather than inspiriting or comforting words.  Marley claims that his words to Scrooge, though harsh and unsettling, are helpful and precisely what Ebenezer needs to hear for his own good.

In summary, Marley is telling Scrooge “you’ll thank me later” when communicating these, admittedly, unenjoyable realities.  The Bible has its own way of saying you will thank me later.  In biblical terms that phrase is as follows in Latin: “In excelsis laudate Deum” (which is pronounced in ex-SEL-sheez lau-DAH-tay DAY-oom); in English “In the heights, praise the Lord” (Psalms 148:1).

When Christ was born, He already knew that the poor manger would lead Him to the bitter Cross.  Though that reality would, surely, be both scary and bitter, He decided that the Divine Will is of greater importance than any one’s own desire.  In the heights, praise the Lord.

When Christ walked the Earth, He knew that He was the Way, the Truth, and the Light.  Further, Christ knew people would rather be told things of comfort rather than Truth, which is often difficult to hear, accept.  He told them (and us) not what we may think we want to hear but, like Jacob Marley, what we need to hear for our own good.  In the heights, praise the Lord.

When Christ gave us the Eucharist at the Last Supper, He was not seeking fame or worldly stardom.  He was giving us perpetual access to His Sacred Body and Precious Blood in the Eucharist the grace we need to be strong Christians.  Nothing can give us more grace than the Blessed Sacrament.  In the heights, praise the Lord.

When Christ went through the Agony in the Garden, He admits that He does not want this fate; importantly, He demonstrates what each of us should pray when tough times come into our own lives:  “Father, if You are willing, take this away from me, still not my will, but Your Will be done” (Luke 22:42).  In the heights, praise the Lord.

When Christ foresaw that He would be unappreciated, and that humanity would turn away from Him time and time again, He was still willing to sacrifice everything to give each of us every possible chance to make it to into the heights of Heaven.  In the heights, praise the Lord. 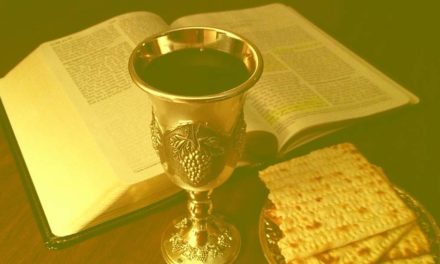 Catholic, Come Whatever May

Word Spoken from the Beginning

What Do You Want on Your Tombstone?