The Crazy, The Impossible, and the Christian

THE CRAZY, THE IMPOSSIBLE, AND THE CHRISTIAN

Use your imagination and try to think of something that is just hilariously impossible.  Maybe something like a square circle could come to mind, or perhaps a game of basketball on an ice rink with the players on ice sakes.  The very concept of a square circle is impossible – the very idea of a square cannot have circular properties and vice versa.  The basketball game on an ice rink – while I would not in any way recommend that one makes any attempt at trying this dangerous idea – might be possible but is crazy (read here the word ‘ridiculous’).

This, brothers and sisters, is something like the tone of the first reading for Mass on this year’s Second Sunday of Advent.  Holy Prophet Isaiah is talking suggests something more impossible than just crazy.  First off, he writes about a dead tree that will itself sprout back to life again (11:1), but then goes on to talk about things such as the wolf and the lamb will be friendly neighbors – even hanging out with one another (11:6).  It goes on and on:  a lion will play in a friendly way with a calf and a child (11:6), the lion will eat hay and not other animals (11:7), a child will be able to play with a viper at the nest of the viper (11:8).

This is dangerous, crazy, and impossible – I do not and would not recommend trying these ideas in any way.  It is, apparently, not literal.  Holy Prophet Isaiah is talking about how everything will be utterly different when the Messiah at last arrives.  Everything will change – the world will be unrecognizably different – as if wolves and lambs are now friends and as if a lion and an ox would together eat hay.

When Christ came, after He preached, following His death and suffering, with His Resurrection everything indeed was changed and continued to change.  One of the many changes is the recognition of the value of human life.  Ask yourself:  why does my life have value, why is any one’s life valuable?  What makes any given human’s life something worth defending?

Is it because you are in a relationship to someone (as a friend, a family member, or eve just a colleague)?  No, it would make a loner be less of a human being than some other person – the number of friends or social media followers one has does not determine value.  Is it because you contribute to society (as a worker or as someone who is in some way supporting someone who is a worker?  No, that would make the very young, the very old, and people with mental of physical challenges less human than other people.

Best Practices for the Christian to Improve 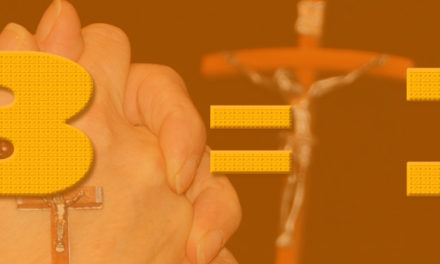 It Is Already Time To Plan All Our Lent Penances

Mass – Our Lady of the Runestone – 5pm